The Galaxy Note 8 is still a perfectly viable option on the current market, and although it has already dropped in price in some places, it hasn’t been reduced by much. And you shouldn’t expect it to, at least not for some time – Samsung and Apple flagships tend to keep their value much longer than other devices, even after successor models usurp them.

The Galaxy Note 9 isn’t a massive overhaul, as it turns out, but the few key features that are changed have been tweaked extensively and in careful, minute, and considered detail. Let’s just say that the changes on the Galaxy Note 9 are a few VERY fancy things rather than a smorgasboard of absolutely everything.

It’s fair to say the Galaxy Note 9 is an evolution of the Galaxy Note 8, rather than a revolutionary new iteration packed with groundbreaking features. To us, this is no bad thing, but opinions will inevitably differ. 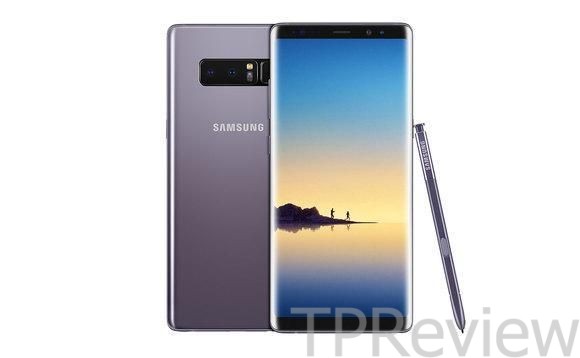 Straight away, at a glance, it looks like not much has changed between the Galaxy Note 8 and Galaxy Note 9, and largely it has not. The Galaxy Note 9 has gained 0.4in on the diagonal screen measurement and it’s also put on a bit of weight, girth, and width, but has lost a bit of height. None of this is particularly noticable unless you’ve got your calipers and set of scales handy though, so it hardly seems worth labouring over.

Overall the aesthetic on both phones is pretty pleasing to our eyes; it’ll be familiar to anyone who has seen a Galaxy phone in the last few years with the metal and glass sandwich and curved edge combo making a welcome return. From a practical perspective, vis-a-vis the fingerprint scanner placement, the Galaxy Note 9 does have a slight advantage here as it is much more user-friendly.

Samsung’s jazzed up the colour options a bit with the newest model – the blue version gets a contrasting yellow S-Pen stylus, while the remaining colours all are matchy-matchy with their accompanying pen. Lavender Purple makes a return together with Midnight Black and a new copper colour; although this latter version seems to have limited availability to certain regions. 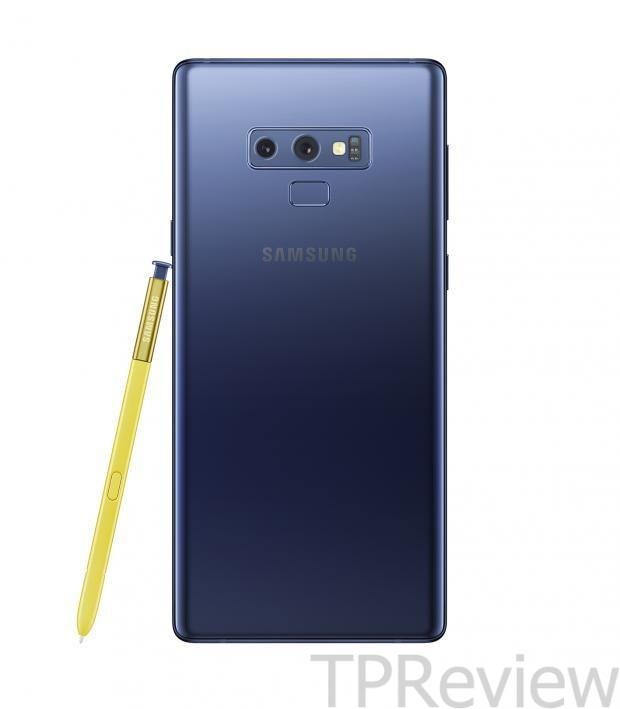 Both phones carry the result of Samsung’s acquisition of audio specialist AKG, with each having AKG-tuned speakers. However, Samsung says the Galaxy Note 9’s are even louder – the loudest yet, apparently.

They also each have IP68 water resistance, which is always handy.

Being Galaxy Note devices, each also comes equipped with the Galaxy S-Pen stylus accessory tucked into a cubby-hole. The Galaxy Note 8’s was already impressive for having achieved something I never thought I’d see; an on-screen writing experience that was just like using a pen-and-paper. It was glorious.

So how to improve? Well Samsung has made the Galaxy Note 9’s S-Pen with a finer tip, which allegedly enhances the experience, but apart from this has largely left the writing formula untouched. This is no bad thing.

However, don’t let this fool you into thinking Samsung has neglected the S-Pen on the Galaxy Note 9. Far from it. Instead, Samsung has focused on other ways the stylus can enhance the user experience.

The main change means the S-Pen stylus is now Bluetooth connected and has its own internal battery. The battery charges when the pen is docked in the phone and can run for 30 minutes on a very short charge time.

The Bluetooth connectivity allows the S-Pen to function as a wireless remote for your Galaxy Note 9; it can be used to snap pictures with the camera, switch between front and rear cameras, control Youtube and music playback, and control presentations, including Power Point. This is just the tip of the iceberg, of course.

However, how that larger cell translates in terms of lifespan remains to be seen.

Samsung promises “All Day”, but at the same time, the phone does have more features, some of which are quite complex, as well as the usual boost in CPU power – all of which will sip a bit more juice, of course.

This is a big change, although half of it is in Samsung’s distribution habits.

The Galaxy Note 8 had options for 64GB, 128GB or 256GB of internal storage, however, you could only get the bigger storage options in specific regions, and we in Europe and the UK were pretty much stuck in the lower-tiers.

The Samsung Galaxy Note 9 uproots everything. It starts at 128GB and the upper-tier option is a massive 512GB. Both the older and newer models have microSD support for cards up to 512GB, so in the Galaxy Note 9’s case this means you can get a total of 1TB in storage space.

But more significantly, both the 128GB and 512GB storage models are global releases – nowhere seems to be left out this time.

The Galaxy Note 9 processor has been given a by-the-numbers upgrade to the latest hardware. Samsung quotes a 33% performance boost over the Galaxy Note 8 and a similar jump in GPU speed.

Once again, this means an Exynos chip if you’re in most of the world, but a Qualcomm one if you’re in the Americas or China. This also determines the GPU.

However, regardless of where you’re from, where you’re buying, or any other such variable, all models feature a larger and improved heat pipe over the Galaxy Note 8’s setup, using something Samsung calls a Water Carbon cooling system.

The camera is another big change. The Galaxy Note 8’s camera was already hugely impressive thanks to Samsung’s repeated implementation of wide apertures, optical stabilisation, and dual-pixel phase-detection autofocus all neatly calibrated together.

On the Galaxy Note 8 this was given the dual-sensor treatment which granted Bokeh effects and 2x optical zoom, however, crucially it didn’t compromise on general picture quality.

With the Samsung Galaxy Note 9, this setup has been taken as a baseline to work from. It’s been given the fantastic variable aperture which we saw on the Galaxy S9 series, which means it can adjust like the human eye depending on lighting conditions, and optimise accordingly. It can switch between f/1.5 and f/2.4, and it’s difficult to overstate what a difference this makes in practice to image quality.

On top of this, Samsung has implemented some AI features. The Galaxy Note 9 has smart scene recognition and will automatically adapt and optimise for the best quality on the fly. It also has intelligent error recongition, so if, for example, you cover part of the shot with your finger, there’s a smudge, or the focus is off, the UI will show you on-screen so you can take it again.

All of this, together with the S-Pen’s remote control capture capabilities, means the Galaxy Note 9 is offering quite a bit more than its predecessor when it comes to imaging.

I can see how it would be very easy to take a quick skim look of the Galaxy Note 9 against the Galaxy Note 8 and think little or nothing has changed, or the changes aren’t big enough, and dismiss it as an iterative update.

Indeed, this appears to be happening right now with reports emerging that stock market confidence in Samsung has declined since the announcement, and Apple stock has climbed in response.

But taking a deeper look, it seems to me at least that Samsung has very thoughtfully looked at what features can be enhanced or changed to make the Galaxy Note 9 experience even better. It’s a light touch, but a very compelling one.

The changes to the camera are subtle, but having tested the Galaxy S9 series I am totally sold on the variable aperture. I’m also not usually fussed about intelligent features and scene recognition, but here it sounds like it will pair brilliantly with another aspect of Samsung imaging I’ve long held in high-regard; ease-of-use.

The S-Pen remote control is a genius idea, and I can see this becoming a really popular feature. In other areas, what’s not to like? 1TB of storage and a 4,000mAh battery! Sounds good to me.

Of course the kicker is that all this comes at a cost, and as the iPhone X and Samsung Galaxy S9 series have shown, it seems to be one that consumers largely aren’t willing to pay, no matter how tempting the feature set. That said, the Galaxy Note 8 was also hella expensive, so in a direct comparison this is no slight on the Galaxy Note 9.

Get the Samsung Galaxy Note 9 at Amazon.com.