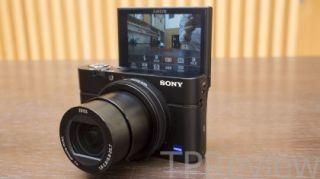 The RX100 III (referred to as the DSC-RX100 III by some retailers) has since been replaced by three newer cameras, with the latest being the RX100 VI. However, Sony still keeps all previous models in its RX100-series line-up, and while the RX100 doesn’t feature the latest and greatest tech, it still has a lot to offer for the price, including a handy retractable viewfinder and 24-70mm f/1.8-2.8 zoom lens.

While the RX100 and RX100 II are set to continue, Sony is introducing the RX100 III as the ‘all-rounder’ compact camera thanks primarily to the addition of a built-in viewfinder. This is an electronic device, which consequently will show the impact of settings changes, and should make composing images easier in very bright light when the main screen on the back of the camera is hard to see.

There is an optional external viewfinder for the RX100 II, but naturally, having a built-in finder is preferable. In this regard, Sony has opted for a SVGA OLED Tru-Finder with 1,440,000 dots. In addition, the 3-inch, 1,229,000-dot main screen remains tiltable and non-touch-sensitive.

However, the degree of tilt has increased to allow the screen to be raised up through 180 degrees so that it can be seen above the camera from the front to allow selfies to be taken more easily. As before, it also tilts downwards for use when shooting overhead.

The screen is designed to help with composing selfies

Sony has stuck with the same 20.2-million pixel count and Exmor CMOS sensor as the Mark II version for the Mark III, but the new Bionz X processing engine enables sensitivity to now be set in the range ISO 125-12,800 with 25,600 available in Multi-frame noise reduction mode. The RX100 II topped out at ISO 12,800.

Bionz X is three times faster than Bionz and this means that the RX100 III starts up a little quicker than its predecessors. It also brings the benefit of Sony’s diffraction reducing technology and improved area specific noise reduction.

While the loss at the telephoto end may be lamented by some, the gain at the wide-angle end will be widely appreciated, making the camera a better choice when shooting in confined spaces or for landscape and street photography.

That large maximum aperture throughout the focal length range also makes the camera more usable in relatively low light without pushing up the sensitivity level. Additionally, it should mean it’s possible to restrict depth of field when you want to.

Sony has also improved the RX100 III’s macro capability, since the closest focusing distance has been reduced from 55cm to 30cm at the telephoto end of the lens. It remains 5cm at the wide-angle end.

You can also shoot above head-height

Low-light usability is claimed to be further enhanced by the improved 5-axis image stabilisation system. There’s also a manual focus assist option that enlarges the relevant part of the image and focus peaking to display the areas of highest contrast, as well as a zebra display that indicates which areas are liable to burn out.

In another change from the RX100 II, the Mark III can record video in XAVC S format, a variant of the XAVC format used by professional videographers. In addition, video is created from full-pixel readout at 50Mbps for better image quality. While there is no 4K video output, it is possible to output 4K stills via an HDMI micro lead for better quality images on 4K TVs.

Like the RX100 II, the RX100 III has Wi-Fi connectivity and an NFC chip to aid connection with NFC enabled smartphones and tablets. But it is now also compatible with Sony PlayMemories, enabling apps to be downloaded for expanded functionality.

In other respects, the RX100 III spec sheet is very similar to the RX100 II’s, although there’s no hotshoe for attaching an external flashgun.

Images may be saved in raw or JPEG format, or both simultaneously and there are advanced exposure modes (shutter priority, aperture priority and manual) along with options to suit less experienced photographers. 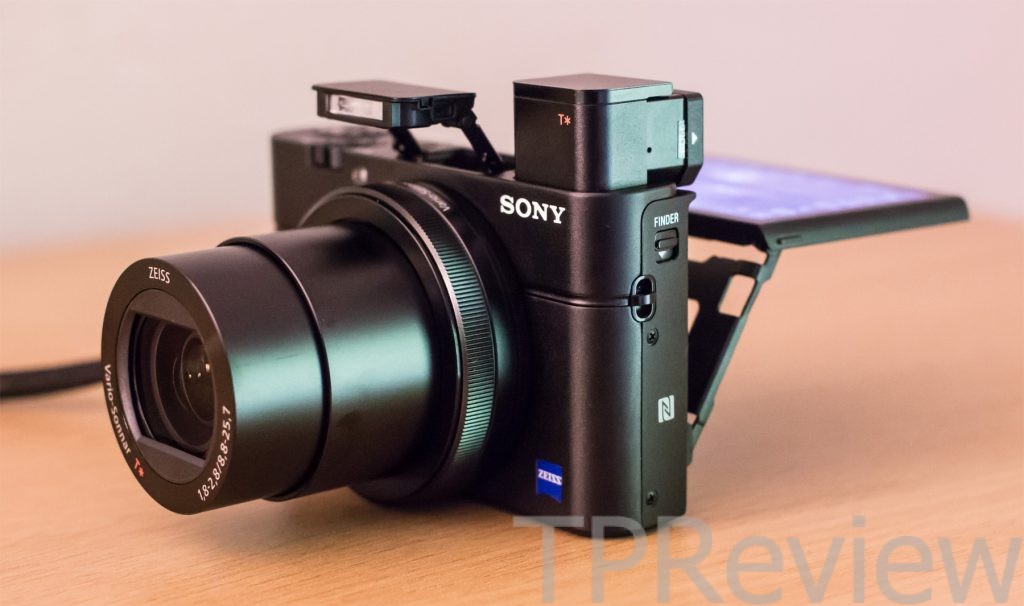 Overall, Sony’s RX100 III is a good choice if you need a nice camera that fits in your jacket pocket and still provides you with superb depth of field and crispness.

You can buy this Sony RX100 III conveniently at Amazon.com.

Best Soundbars For Movies And TV