Streaming services like Netflix and Amazon may be leading the race for how we consume movies and TV shows these days, but the benefits of physical media and watching it on the best Blu-ray player you can find are still clear.

Whether it’s the uncompressed video quality and the additional special features of a Blu-ray disc you’re after, or are looking upscale standard definition content or 1080p content to Full HD or 4K respectively, a great Blu-ray player can deliver a truly cinematic experience.

There are a few things to consider when looking at options around Blu-ray players. Unlike DVD players, it’s a format specializing in content of at least a Full HD resolution. But what TV will you be pairing it up with? If it’s a 1080p screen, then a standard Blu-ray player would do the trick. But if you’ve got a UHD display, to get the best out of it you’ll want a 4K Blu-ray player, too.

With this being an overarching look at the Blu-ray market, you’ll find both 1080p and 4K Blu-ray decks here.

Beyond image quality, there are other extras to consider, too. Do you want to be able to watch 3D films? How about stream Netflix or Amazon directly from the player itself? Or upscale your DVDs to a higher quality. These optional extras are tempting, but they’ll often cost you extra.

If you still need help narrowing down which deck to choose, go over following pick of the best Blu-ray players to help you make your buying decision easier: 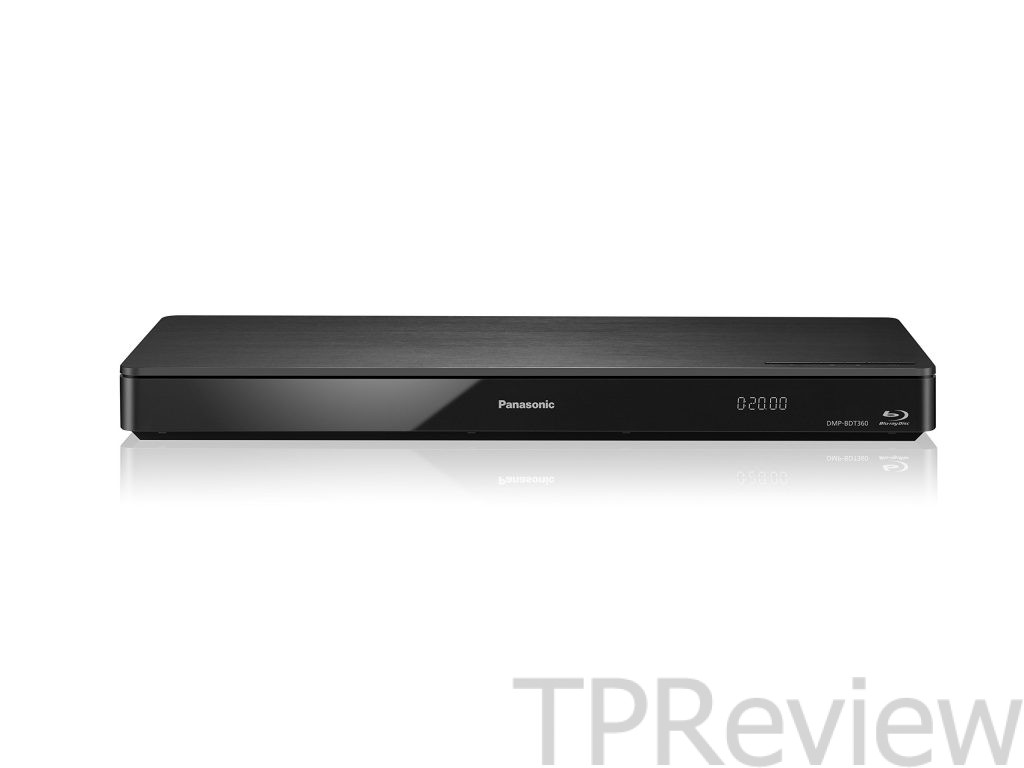 A great value performer with pin-sharp pictures and 4K upscaling

The Panasonic DMP-BDT360 is a classic mid-range option that will suit those still clinging onto 3D, even though most have lost interest at this point. It even offers 2D-3D conversion – which works surprisingly well.

This is a 1080p deck, but has 4K upscaling, which gets you close to the image quality of a true 4K image quality when playing Full HD discs.

There’s an excellent treatment of digital files, too. You just plug a USB drive into the front socket. The poor remote and a fairly basic smart TV system are the downsides, but overall this deck is good value.

If you can’t find this exact model on sale, consider the Panasonic DMP-BDT380, which offers similar features.

Buy this Panasonic DMP-BDT360 at Amazon.com. 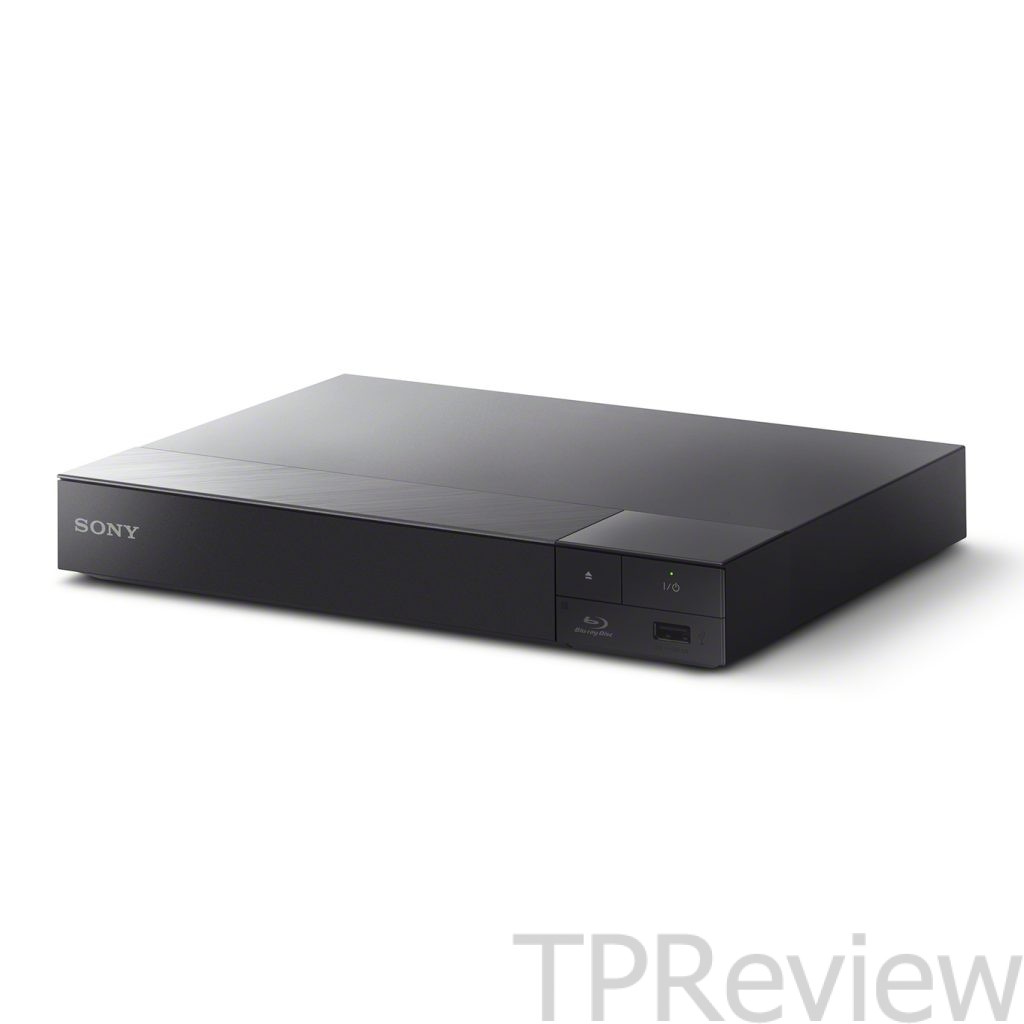 The Sony BDP-S6700 is one of the smaller Blu-ray players, which is handy if you don’t want the area around your TV cluttered-up with big black boxes. Want the exact dimensions? It’s 255x39x192mm.

This is another 1080p disc player, but its 4K upscaling is impressive. You could fool friends into thinking it’s real 4K footage with a well-mastered disc.

The Sony BDP-S6700 also has clever noise reduction modes that can clean up lower-quality videos from, say, YouTube to make them look better on a big TV.

Built-in Wi-Fi and the smart TV interface let you stream directly from YouTube, Netflix, Amazon Video and catch-up services. You can also connect to wireless speakers and headphones using Bluetooth.

Bad bits? Like other low-cost decks the Sony BDP-S6700’s build is basic. But it does look good. 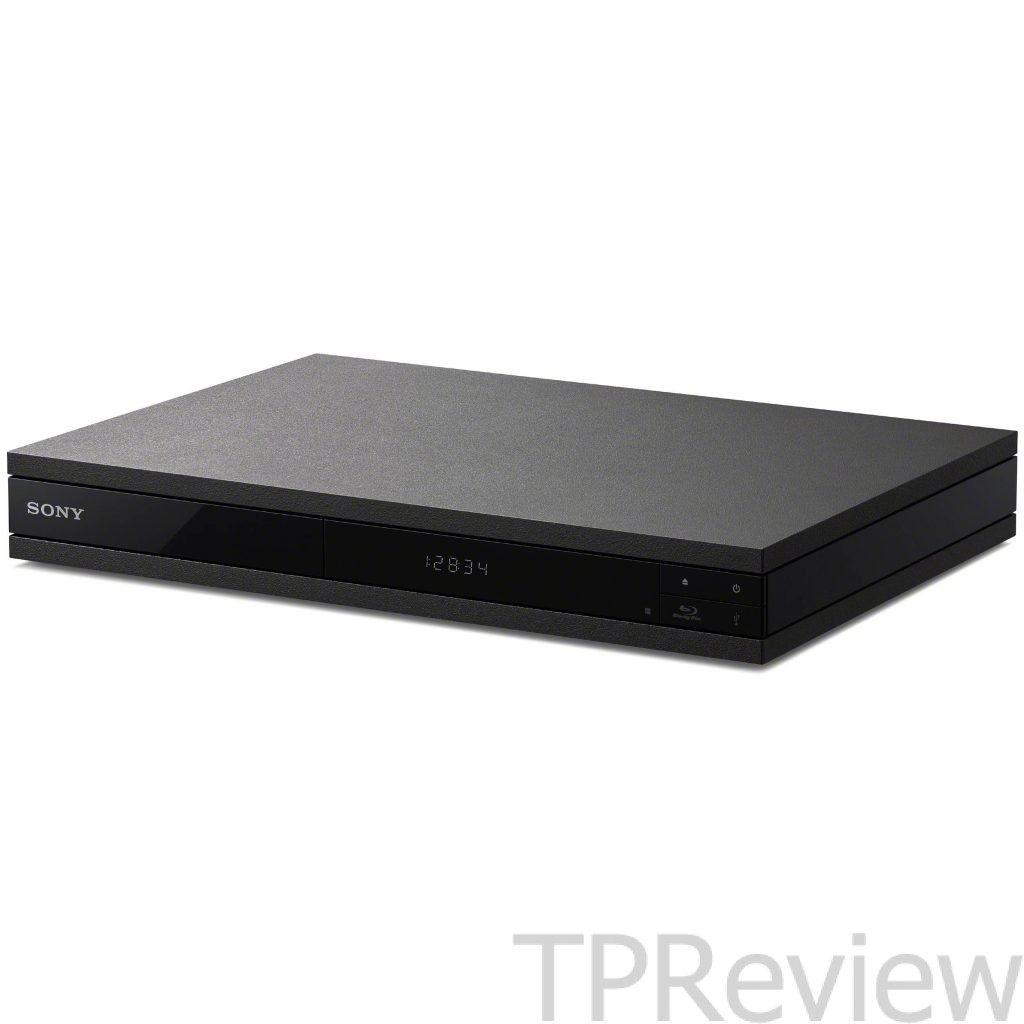 The Sony UHP-H1 is one of the few remaining high-end non-4K Blu-ray players. It has a heft and solidity you won’t find in the cheaper 1080p decks.

Of course, as price of 4K players lowers month after month, it is becoming a tougher sell. But you’ll find it sold online for well under its initial RRP.

Its image quality is outstanding, and there’s 4K upscaling for those who have made the 4K TV upgrade. Still, it makes most sense for those with a beloved Full HD TV they have no intention of ditching.

Why pay for a premium 1080p deck in 2018? The Sony UHP-H1 is also a great audio player, with support for Hi-Res audio files over USB, SACDs and even DVD-A. Those are audio DVDs: yep, they exist.

Buy this Sony UHP-H1 at Amazon.com. 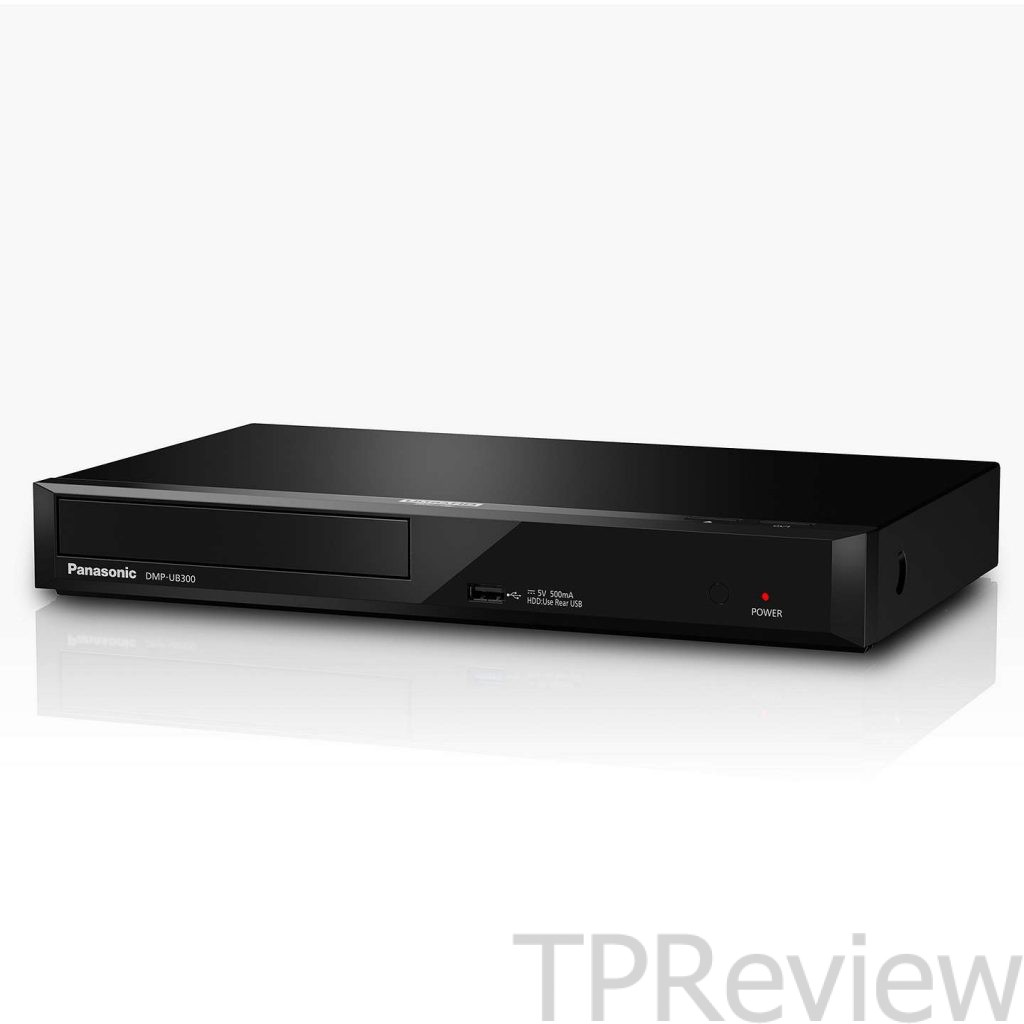 Nowadays you can buy a 4K Blu-ray deck for just a little more money than an entry-level 1080p one.

There are a few reasons the Panasonic DMP-UB300 is so downright affordable, though. Its build is basic. There is not even a display, just a red operation LED.

We can handle that. The one off-putting part of the Panasonic DMP-UB300 is that it does not have Wi-Fi. It does have a Smart TV interface but you’ll have to plug it into a router or access point to get online.

Do so and you can stream Netflix, Amazon Video and YouTube. However, the Panasonic DMP-UB300 suits those who use another method of video streaming best. 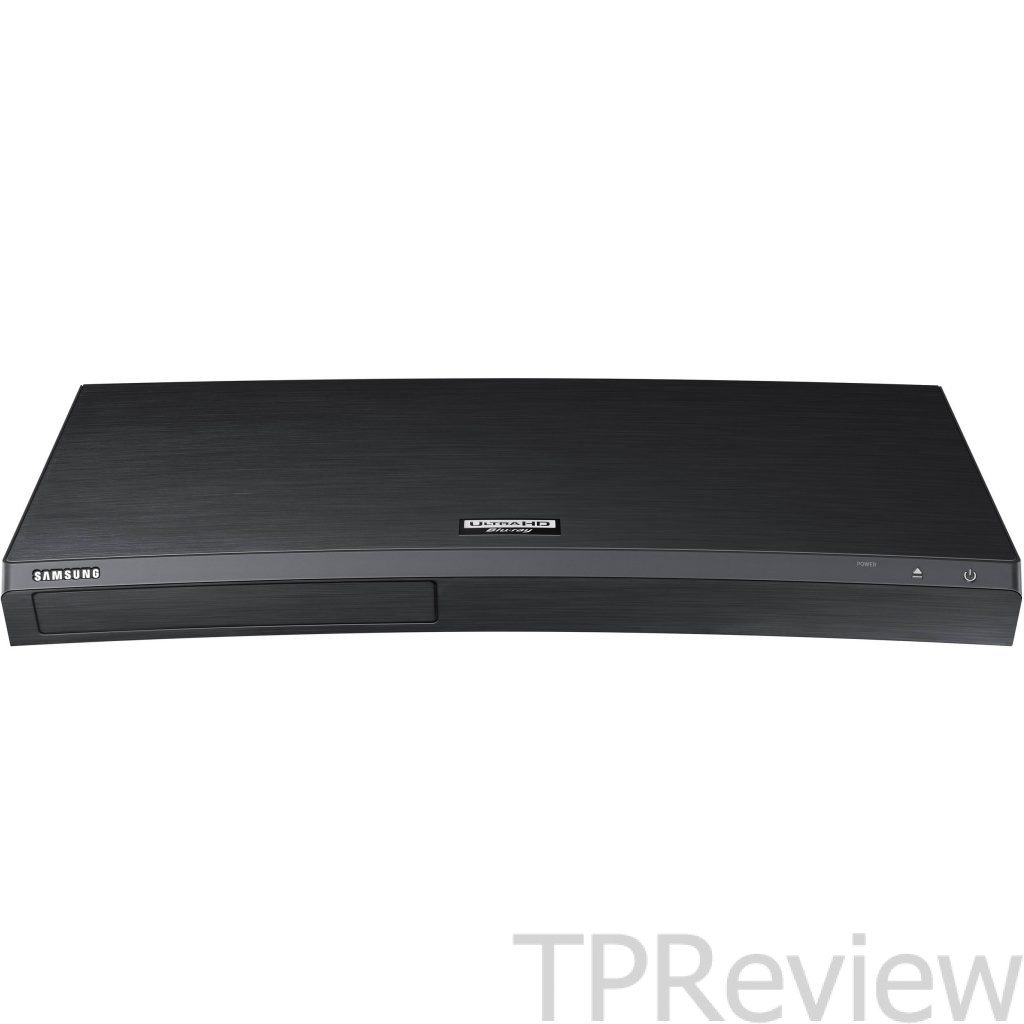 A curved deck for those with curvy TVs

You’ll notice its curved front first. Sure, curved TVs are now a little passe, but it’s a refreshing change from the standard black rectangle.

One of the UBD-M9500’s ‘special moves’ is downscaling of HDR discs and content to get you some of the benefit of HDR on a non-HDR TV. Samsung’s smart platform also gets you access to over 300 apps, including all our usual streamer favorites.

It does miss out on a few features, though. There’s no Dolby Vision and no 3D, but most of us have lost interest in 3D anyway. The Samsung UBD-M9500 isn’t the perfect deck for music obsessives as it lacks SACD and DVD-A support. However, unless you have a high-end Dolby Vision TV, we’d bet this model has everything 95 per cent of you are after.

Buy this Samsung UBD-M9500 at Amazon.com.

A premium player for your high-end A/V needs

Oppo UDP-203 makes audio visual fit for real enthusiasts. As such, it is not cheap. However, it is far more impressive than your standard 4K Blu-ray player. It has a metal chassis, and its connections are far more comprehensive than most.

There are two HDMI outputs (one for audio), and one pass-through input, support for home automation, high-end speaker outputs. You get support for networked audio and SACDs too.

The Oppo UDP-203 has a specific, fairly narrow audience in mind, though. There are no streaming apps like Netflix or YouTube built-in, which Oppo says is to keep the boot-up as fast as possible. 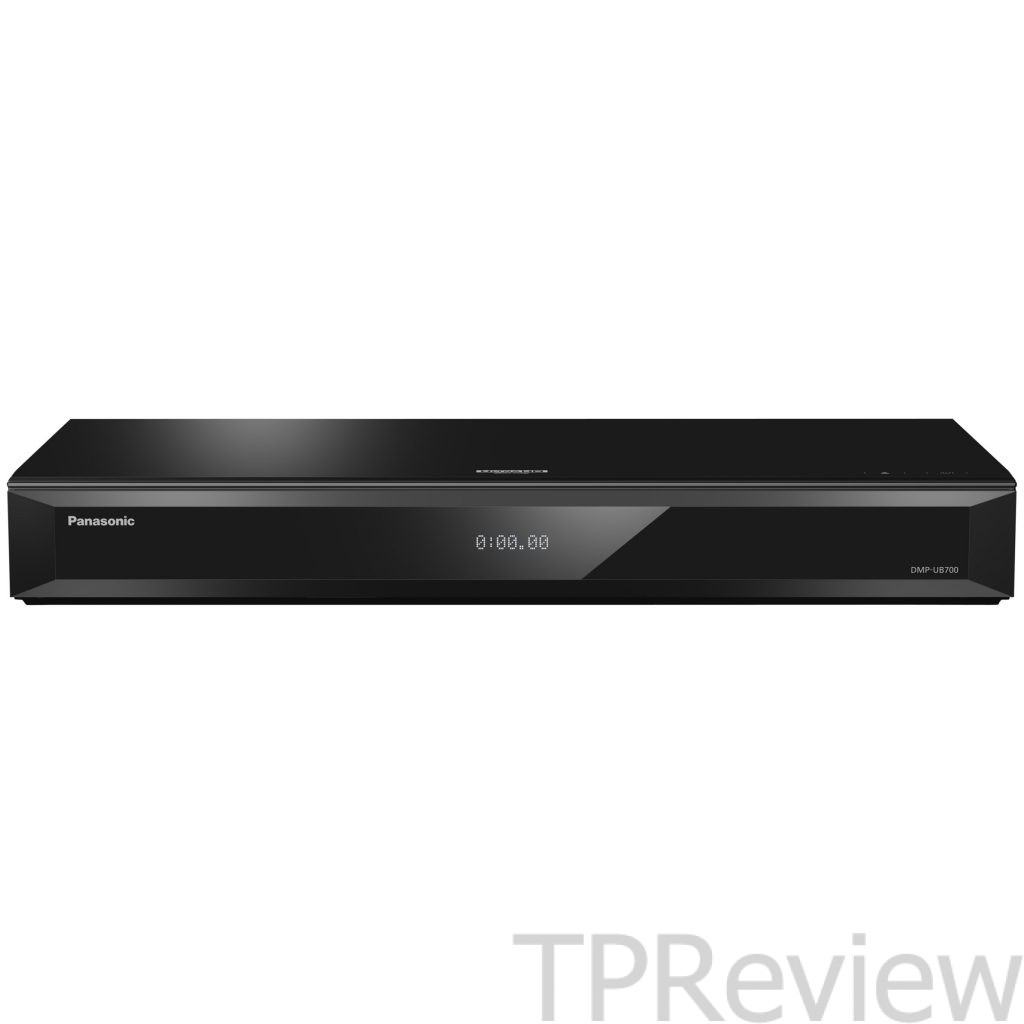 The DMP-UB700 is Panasonic’s mid-price 4K Blu-ray player. It feels at home in a high-end AV setup, and can handle things like 24-bit FLAC and DSD audio files.

These are, of course, just side dishes to the main course of excellent 4K Blu-ray playback. Its images look stunning.

Unlike the Oppo player, the Panasonic DMP-UB700 is also ready to stream from the most popular services, inluding Netflix, BBC iPlayer and Amazon Prime Video.

It doesn’t have the geek’s favourite SACD and DVD-A format support, but many of you will have left these in the past anyway. The other negative to note is that its build isn’t quite at the level of the Panasonic DMP-UB900, lacking proper vibration-isolating feet. 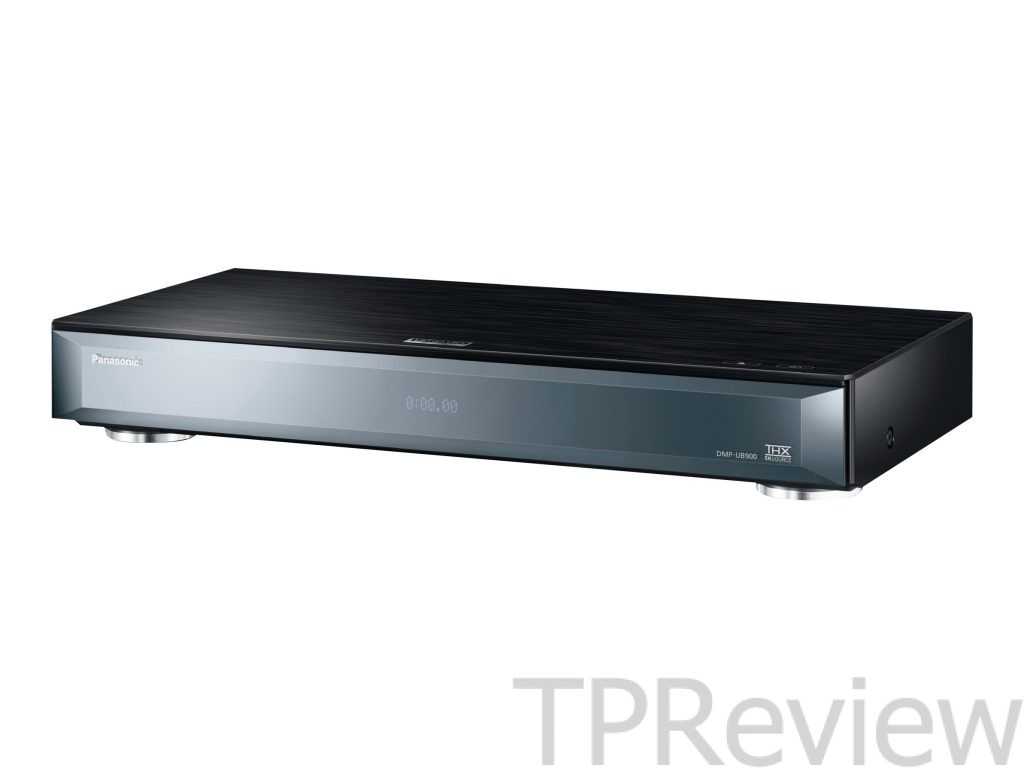 The Pansaonic DMP-UB900 will restore you faith in physical media. In full 4K HDR guise it offers a level of performance that will have new 4K TV owners gasping. Ultra-HD Blu-ray brings the experience of 4K digital cinema to the home, and rewards you with brilliant colour fidelity, deep contrast and almost three-dimensional clarity.

Factor in solid file playback support, plus 4K iterations of Netflix and Amazon Instant Video, and you have a machine that’ll make your new 4K HDR TV look sensational. For a better value, however, take a look at the DMP-UB700.

Buy this Panasonic DMP-UB900 at Amazon.com.

Best Soundbars For Movies And TV

Best Head-Up Displays For Your Car